With Ed Vertov and Lena Deen (Pro-Tez / Prologue US)

Tickets available at Door based on availability.

Voices from the Lake is an intensely personal project borne out of the long-standing friendship between two Italian DJ/producers, Donato Dozzy and Neel. The project extends and deepens their explorations of ambient techno, with an emphasis firmly placed on the ‘techno’ component. Listening to Voices from the Lake is an immersive experience, as the textured beats and carefully crafted rhythms have …a deeply hypnotic effect. The open, fluid structure of the music gives it an organic, natural feel, transporting you to more peaceful surroundings. With the music of Voices from the Lake there is a completely natural progression and flow, nothing is forced or hurried. The sounds develop and unfold at their own pace, creating a powerful sense of tranquility. The genesis of the Voices from the Lake album can be found in the mountains of Japan, where they made their live debut at The Labyrinth festival in 2011. This album recreates and refines that performance. For 2014 they are preparing a new live performance for a series of special shows spanning 8 cities, including this LA appearance. 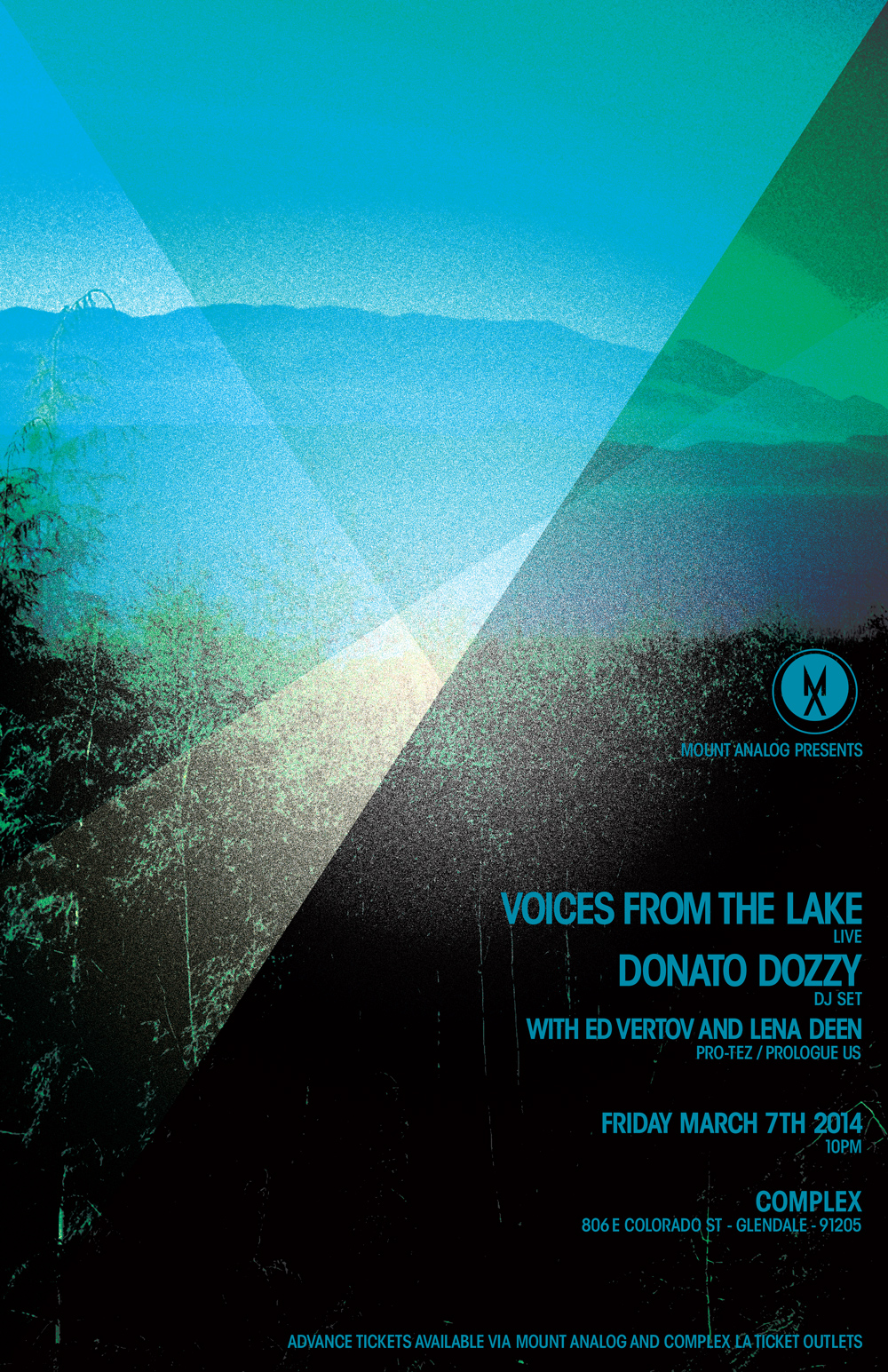