Published by Cultural Traffic and Dashwood Books, 2020
On the occasion of the touring exhibition ‘Violence Grows’ at Richardson Store, Los Angeles.

Violence Grows is a forceful, wide-ranging look at four iconoclastic female icons of the 1980’s. A four phase journey, focusing on three punk artists and one divisive politician. All four re-shaped antiquated ideas on identity, sexuality and the role of woman in a dysfunctional society. These four determined women set out to overturn the world they lived in.

The confrontational content of Violence Grows examines a patriarchal elitist system and how culture can subvert it. Presenting material from the archive of The Mott Collection a counter-cultural archive of these transgressive women of the 1980’s with a pointed political edge.

This empowering collection of galvanising ephemera highlights the political and social troubles of the past whilst illuminating the times we’re living through right now.

Margaret Thatcher, Britain’s bitterly divisive Prime Minister from 1979-1990, who prompted a gush of abrasive art; no ambiguity dilutes the work we see here, dissecting the cruelty and hypocrisy of her leadership. She was a potent figure of ridicule amongst the punk movement throughout her years in office, from the grotesque satirical caricature of ITV’s Spitting Image, to critical depictions of the P.M. in S & M attire. Thatcher’s severe headmistress presence as the ‘Iron Lady’ of the nation was often flipped on its head and used as a means to express the anti-authoritarian doctrine adopted by punks.

Honey Bane, a compelling figure whose wide association within the punk and post punk scenes includes bands such as Fatal Microbes, Crass and Killing Joke. Bane gained a reputation as a punk wild child, crafting a subversive ‘girl next door’ image, to disguise her anarchic intentions, as expressed in the Fatal Microbes early 12’’ Violence Grows.

Cosey Fanni Tutti, as a founding member of groundbreaking Industrial Avant Garde outfit Throbbing Gristle and performance artist in the UK arts collective COUM Transmissions, Cosey Fanni Tutti was and still is a punk provocateur, not afraid to embrace pornography and subvert it. Working as an artist in the sex industry she helped to stir political debate with the seminal Prostitution exhibition at the ICA in 1976 and is still writing and recording music.

Vi Subversa, shattering stereotypes of both the mother and the female artist. Subversa became the counter-culture matriarch of the anarcho-punk scene in Britain. Starting out as a singer/ songwriter/guitarist with the Poison Girls while already a mother in her 40’s. She used her domestic image to subvert punk aesthetics and ideology. This stance was all the more powerful under the conservative Thatcherite, “Nanny” rule of 1980s Britain. Vi Subversa proved punk to be an ageless force that could be communicated in any form.

Four image-based publications, one dedicated to each subject; Margaret Thatcher, Honey Bane, Cosey Fanni Tutti and . One A2 poster and a vintage sheet of Margaret Thatcher toilet paper all housed in a sticker embellished mailer box.

Toby Mott is an artist, designer & collector as well as the founder of Cultural Traffic. His recent publications include: Oh So Pretty: Punk in Print 1976-80 The Mott Collection (Phaidon, 2016), Punk Troubles: Northern Ireland (Dashwood Books, 2017) and Kraftwerk: Dance Forever (Cultural Traffic, 2018).
Jamie Reid is the Art Director of Dazed & Confused. He has previously worked with Toby Mott on titles such as: Skinhead: An Archive (Ditto Press, 2014) and Showboat: Punk/Sex/Bodies (Dashwood Books, 2016).
Emmanuel O’Brien is an art director working under Jamie Reid Studio.
Vivien Goldman is a writer/musician AKA NYU’s Punk Professor. She has previously authored: Revenge of the She-Punks: A Feminist Music History from Poly Styrene to Pussy Riot (University of Texas Press, 2019). 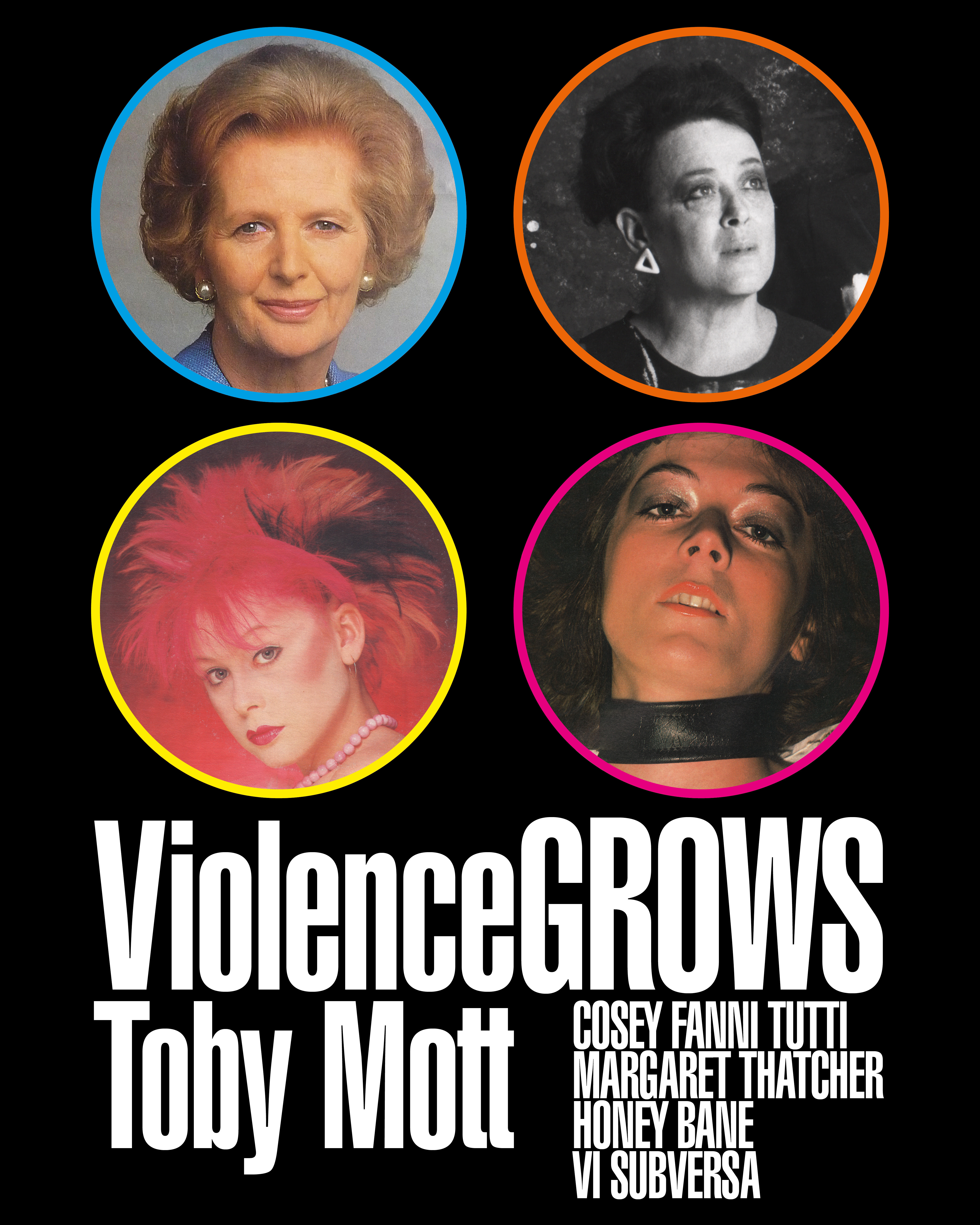 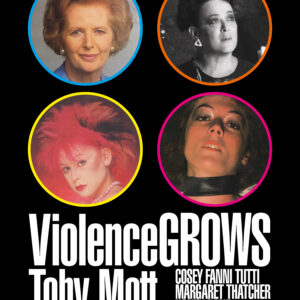