The sought after LP from Zann ‘Strange Ways / Inside Jungle’ originally released as a private press in 1990 finally receives a full reissue.

In 1988 Udo and Hjalmer Karthaus built a small basement studio with a 4 track tape machine and musical experiments began in earnest. After the limitations of playing live it was an acoustic wonderland and they gave themselves no musical boundaries. The unlimited studio time meant they could pick up ideas and develop pieces gradually, friends would come to the studio to play and songs evolved from extensive jamming sessions. The resulting LP has Middle Eastern instrumentation at its core, particularly wind & string instruments such as the Tabla and Gong, and is a melting pot of influences incorporating elements of Ambient, Jazz and Folk with strong synth programming on a number of tracks. The band pressed up a handful of copies and sold them exclusively at record fairs in Germany and in the intervening years the LP has become highly sought after with copies changing hands for 150 Euros.

The LP has been fully remastered from the original DAT tapes with new full sleeve artwork from Bradley Pinkerton and is pressed on 180 Gram Vinyl. 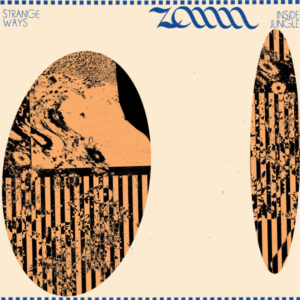