Cacophonic presents a reissue of experimental Irish avant-garde and electroacoustic innovator Roger Doyle’s Oizzo No, originally self-released in 1975. This manifesto of outsider orchestrations, teenage symphonies and cultivated concrete is Doyle’s debut album. A pianist and composer, Doyle was also an improvisational jazz drummer with a penchant for experimentation that would marginalize him from traditional seats of learning in his native homeland but embrace him to the bosom of Europe’s leading forward-thinking research centers for electronic and computer music. Here he would piece together two highly sought-after experimental albums before returning home to channel his multi-disciplinary work ethic into the agit-pop theatrical company Operating Theatre and play a leading role in the burgeoning Irish new wave scene as an early signing to U2’s Mother Records. Oizzo No is a collection of some of Doyle’s earliest works as an indomitable scholarship student of composition at the Royal Irish Academy Of Music in Dublin and then as founding member and drummer of experimental jazz rock outfit Jazz Therapy (who would later become Supply Demand & Curve). This patchwork 1975 debut draws from what was an already bulging portfolio that included academic assignments, living room compositions and soundtrack collaborations with Irish filmmakers. Originally part-recorded and subsequently aborted when the would-be label vanished without trace overnight, Oizzo No was shelved indefinitely until a scholarship at the prestigious Institute Of Sonology at the University Of Utrecht in Holland afforded Doyle not only the opportunity to partially revise his humble opus in their state-of-the-art studios (as well as those of the EMS Studios in Stockholm) but also the money to press a limited run of 500 copies and help further cement the foundations of his future status as one of Ireland’s leading and most versatile contemporary composers. 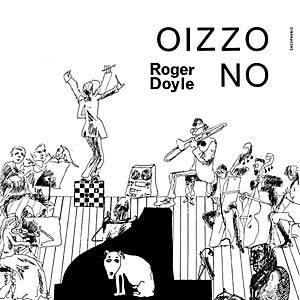