“Capturing Karl “Regis” O’Connor performing at the Ancient Theatre of Epidaurus in Peloponnese, Greece, ‘Let The Night Return’ is a heavyweight hardcover book and accompanying film (on BluRay), produced in a limited edition run and capped off by a performance of that incredible Lou Reed cover we’ve been watching on a loop for what seems like forever. The set also features Ann Margaret Hogan on Piano and Justin K Broadrick on additional guitar.

The setting is the star of the show here, finding Regis performing – alone – in a 2,360 year old Greek amphitheatre, prowling and swaggering the circular orchestra of the UNESCO world heritage site renowned for its immaculate acoustics. Directed/produced by Vasileios Trigkas in midsummer of 2019 with gorgeous cinematography by Antonis Kounellas, the stylised but raw performance was held to empty rows of seats (the maximum capacity is 14,000), and although they couldn’t have realised it at the time – the whole thing takes on an uncanny nature in light of recent events, sharply contrasting with the recent wave of pretty dilettantes playing business techno on a rooftop. The cinematographic style also echoes Anton Corbijn’s work with Depeche Mode, taking us back to another era with its intangible, otherworldly quality.

Strafing between an organ, synths, laptops, and a mixing desk, O’Connor’s music lives up to the video’s grand context, bookending the set with an introductory 10 minute organ prologue, and a stark cover of ‘Temporary Thing’ by Lou Reed, while packing heavy slugs of his CUB cut ‘Seeing From Above’ alongside takes on his modern classics ‘Calling Down A Curse’ and ‘Blood Witness’, and making room for a smartly placed passage of ancient Greek choral composition, ‘Clean Air (200B.C.).’

The hardcover book features stills from the performance and a letterpress/debossed cloth cover, black on black – naturally.” 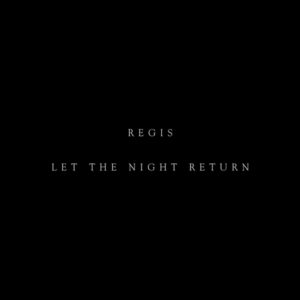