Rocker Keith Emerson composed and performed a number of soundtracks for European and Asian films in the early ’80s, yet few of those films ever reached American audiences, and most of the soundtracks made brief appearances in the import sections of record stores.

The music Emerson composed for this suspense/horror film features him almost exclusively on piano, backed by an orchestra conducted by Godfrey Salmon, building upon his main title theme. The keyboard selections are rather unremarkable, except for the finale, “Cigarettes, Ice, Etc.,” on which Emerson uses his full keyboard arsenal to excellent effect. Unfortunately, the choral segments sound rather pretentious and dated. This LP is more likely to appeal to those who wish to collect all of Emerson’s recorded works than to fans of Emerson, Lake & Palmer or soundtracks in general. 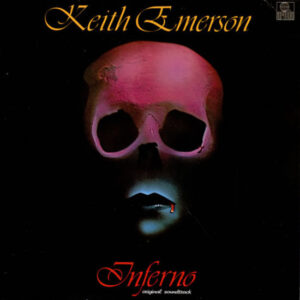