Marshall McLuhan ‎– The Medium Is The Massage LP

When Marshall McLuhan proposed his idea to create an audio companion piece to his landmark 1967 book The Medium is the Massage, no one quite knew what to expect. The book itself brilliantly captured McLuhan’s theories on media and technology, arguing that the medium by which information is transferred to people was more important the the actual content being relayed. McLuhan hoped that an audio recording would help give greater depth to his theories, and in the late 1960s, he and producer John Simon went to work on a record of the same name.

Remastered.
Packaged with 16-page booklet featuring original essays as well as a collection of previously unpublished photos from the original recording sessions and an influenced by McLuhan art piece by Winston Smith (American designer known for his work with Alternative Tentacles).
Also with a new interview (2013) with John Simon conducted by Noah Uman. 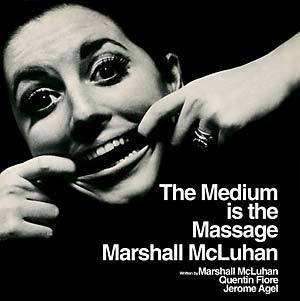 You're viewing: Marshall McLuhan ‎– The Medium Is The Massage LP $24.00
Add to cart