Greg Kmiec’s Xenon pinball machine was released in 1980 and marked a significant milestone in
pinball technology and design. The expansion of microchip technology would provide new opportunities
for sound designer and synth pioneer Suzanne Ciani, allowing for basic oscillator control and a wider
scope for sampling capacity which could facilitate the higher frequencies of a female human voice and
entirely reshape the concept of the machine in the process.

This disc presents the full extent of Suzanne Ciani’s groundbreaking musical effects for Xenon, in their
isolated form, for the first time ever heard outside of the confines of the machine which recently earned
the composer her own induction to the Pinball Expo Hall Of Fame. 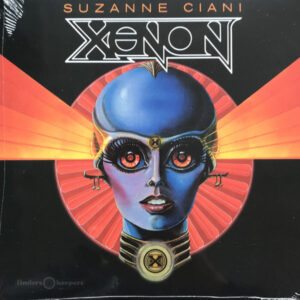