Following a fecund period of activity for CDB after the 2018 reissue of his classic ‘IYIIIOI’, and subsequent turns with Alter, Lazy Tapes and Bocian, he brings a palette of wizened electronics and brittle breaks to Wilted Woman’s jagged melodic qualities, which have appeared on Alien Jams, Psychic Liberation and Phantasy Sound in recent years.

’Shuttlecock Fanefare’ weirdly enough reminds us of the label’s near namesake, Anstam in its brooding breaksy lurch, whereas the skizzy, anxious roil of ‘Trauerweide’ is more given to teutonic electronica whims. ‘Sad And Done’ follows that line to a mix of contemplative post-rock electronics and frayed steppers drums, and best of all ‘Mirage March’ wanders off into a mix of scorched halfstep and furtive, medieval-edged RPG atmosphere. 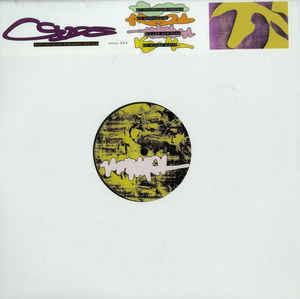