Powell – on the feet of a wind LP

on the feet of a wind is a wild assemblage of carbonated synthetic music from Powell and a sister record to flash across the intervals (AF 018LP) and multiply the sides — two albums already released in 2020. Recalling Xenakis, Parmegiani, and Hecker but with the smile/smirk of vintage Powell, the record is released via a folder, a new music and film platform created by Powell, Michael Amstad and Marte Eknæs that bundles up music, film, image, text and other forms of madness into folders that are shared/expanded online. The release is accompanied by a “Hi-sensitive” film directed by Amstad and Eknæs entitled “flares, currents”. The film contains a recombined live version of “rise, world unfold”, the musical series that concludes this album. a folder is a collection of disorienting works of experimental film, ambiguous texts, and other assorted media set to the most brazenly strange and formlessly mesmerizing musical structures of Powell’s career. It’s also a work of artistic assemblage, without fixed notions of time. Tarkovsky once described his filmmaking as “sculpting in time,” and a folder exists in a similar kind of “zone;” it is a project continuously added to, subtracted from, abstracted, and injected into the glut of cyberspace like a slow-moving pathogen that refuses to be defined or categorized. Shunning titles in favor of oblique category markers, films like a?34 present a mosaic of images of biological forms and sublime landscapes set to super-synthetic, carbonated compositions. All of this signals an artist liberated from the confines of the narrow branding signifiers an electronic musician can find themselves in. While it is aware of its place in cyberspace, this project also connects to something primordial and awesome. “Xenakis talked about creating universes with sound,” says Powell, “and we are all free to create our own worlds in life, art — whatever. This is what happened to me in a way: I have been in this world for three years or something, and I don’t really want to leave. The folder is a refuge. “Endlessly strange and formlessly mesmerizing” –The Quietus. 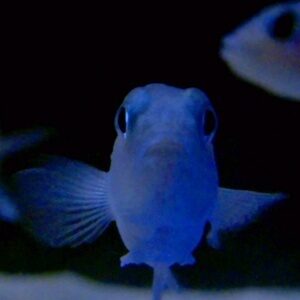