Nigel Rolfe’s “Island Stories” is a unique record for 80’s Ireland. An unusually experimental electronic and abstract record for the time, it was originally released to little fanfare on Reekus records in 1986. Based around the DX7 synth and key collaborations with studio engineers and vocalists it was created as a soundtrack to a performance work of the same name.

Born and raised in the Isle of Wight performance artist Nigel Rolfe has made Ireland his home since he arrived at Dublin Port in 1974. An art school graduate who witnessed the British rock explosion of the late 60s in person and as participant, he had been an organ player in a number of British rock bands of the time and a roadie for a number of the early 60’s UK tours by legendary US blues musicians. As the music world freaked out in the later part of the decade he moved with it, and after completing a fine art degree in the West Coast of England in the early 70s he moved to Ireland despite having no connections with the country – “ Drawn by the archeology” – settling straight into the experimental arts scene which was based around the Project Arts Centre where he worked. Organising exhibitions and teaching, his interest in music was rekindled by the explosion of punk.

The key to his music making and this LP here was access to a studio – in this case Windmill Lane. A busy place in the early to mid 80s it had a production and video arm and acted as the centre for U2’s recording operations. Rolfe worked there doing carpentry and building jobs in exchange for off peak studio recording time. Coming in contact with the bands passing through and working closely with the engineers and tape operatives employed by the studio he was also able to take advantage of Brian Eno’s presence (he was there working with U2) and figure out the DX7 which forms the backbone of the LP and which – like most else – on the LP is played by Rolfe. Released by Reekus records in 1986 a year after it was completed, there was little expectation placed on the record and Rolfe had no careerist ambitions. We’ve remastered it and added a bonus track that was featured on the African Flower 12” off the LP “PW Botha’s Funeral March”. 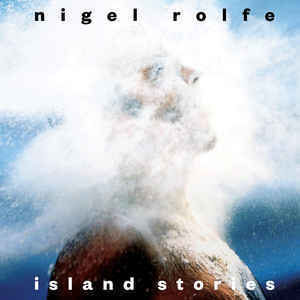