Music From Memory are excited to present the first compilation of works by British electronic pioneers MLO aka Peter Smith and Jon Tye. Titled ‘Oumuamua’ and second up in the Virtual Dreams series, the compilation is an in-depth artist focused release containing twelve thoughtfully selected tracks that touch on highlights from the duo’s discography as well as newly (re)discovered music drawn from a vast archive of unreleased pieces, sketches and extended jams recorded between 1993-1995.

MLO’s ambient explorations began when Pete and Jon, having first met in rival punk bands during the late ‘70s, found themselves with unlimited access to an incredibly well-equipped studio, having been hired to produce an Icelandic pop star’s record in the early ‘90s. Particularly charmed by the Korg PS 3300 and an Emulator 2, Smith and Tye were also deeply fascinated by outer space and set about developing a musical landscape informed by both this new state of the art musical equipment and what lay beyond the Earth’s limits. Painting with a palette informed by classical minimalism, new age and the works of Cluster & Eno; the duos primary colours were drones, sustained tones, washes, calming tides, gentle temple bells and soft angelic voices with flickering glimpses of percussion and drums that hinted at the possibilities of a dance floor.

‘Oumuamua’ is a collection of music to get lost-in, a wander down the mazed, mirrored corridors of the subconscious. Peaceful, flowing, fresh-water patterns, drawing the listener toward a mediative, inner space. Not strictly ambient, rather the music rests temporarily within the boundaries between drum ‘n’ bass, library music, soundtracks and Techno. Or how Jon Tye himself puts it: “It really feels like music from a different place, a different time, made by different people.” 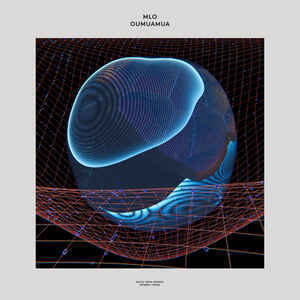