“Yeah this is the shit; the standout debut album of intricately woven, asymmetric and offbeat drill/pop from London’s Lol K, starring vocals by Coby Sey and LA Timpa. It’s a shockingly strong followup to their debut EP for Mica Levi and co’s Curl Recordings, developing a crafty set of queer, sensuous pop, configured in brilliant, surprising ways for Halcyon Veil. Highly recommended if yr into Vegyn, Mica Levi, Tirzah, Yves Tumor, Slowthai… The six songs and corresponding instrumentals of ‘The Breeze’ explore ideas of escapism, belonging and inner city isolation in an up-to-date vernacular firmly blunted by sparing, crisply defined but shapeshifting production. The album clearly marks a concerted development of Lol K’s sound – especially compared to their oblique appearances on the ‘Born Under a Bad One’ (Curl, 2018) EP – with the duo’s CJ Calderwood and Junior XL more confidently venturing their vocals into the mix this time, switching between melodic hooks and blunted hush, to a rave-punkish prang out and puckered chamber composition with lowkey rude and innovative production to match. This confidence subtly oozes from the squashed drill rap mutation of ‘Air Held Softly Alight’, and their ohrwurming opener ‘Proud’, and is smartly tempered into the seething Reese stabs and aggy holler of ‘Oilseed Stone’ featuring an upfront Coby Sey vocal. The album finds its centre in the serpentine, understated strings and dembow bump of ‘Twice’, and the deep 2-step chamber music of ‘Completely Out Of Business’ featuring the vital input of LA Timpa, following his outstanding 2019 debut, and ahead of an achingly strong solo album for Halcyon Veil. For the DJs and anyone who wants to lend their own bars, the instrumentals reveal the subtly whirring mechanics under Lol K’s hood, and how they elide and ride styles while allowing for burred edges and a complex, gauzy soul.” 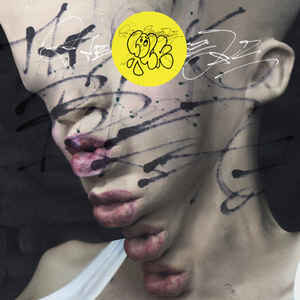