This was Doris’ jazz album though it contains more than a hint of Joni Mitchell, Led Zepellin and the like. Backed by her husband Lukas Lindholm on bass she was able to lay down some seriously funky bass lines on tracks like Don’t and Beatmaker. On You Never Come Closer, an experimental track that was way ahead of its time, Janne Carlssonunleashes a fearsome sound on drums helped by Bernot Egerladh on organ. 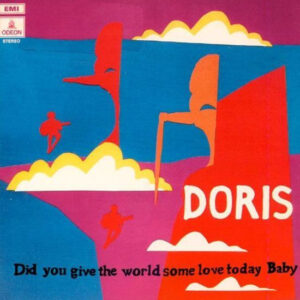 You're viewing: Doris – Did You Give The World Some Love Today Baby LP (LITA 20th Anniversary Edition) $30.00
Add to cart