Bureau B presents a song collection from Conrad Schnitzler’s archive, recorded between 1976 and 1978, originally released by the small German label Marginal Talent in 2003. In the comprehensive canon of Schnitzler releases, the music on the Gold album stands out a mile in every respect. Judged on the sound alone, there is little to suggest that the material was recorded as long ago as the 1976 to 1978 period. There is more at play here than two tape recorders, analog synthesizers and sequencers. Digital keyboards and computer-aided musical progressions are in evidence. With its multi-channel complexity, perfect equalizing, a translucent depth of focus and the brilliance of its signals, Gold could easily have been recorded today, some 35 years later. Alas, Schnitzler can no longer let us in on the secret of his recording process, nor which equipment he deployed in achieving this feat. It is fair to surmise that this sound owed much to the fact that Schnitzler was often in the company of his friends from Tangerine Dream. Their equipment was always state-of-the-art — and Schnitzler’s technical expertise allowed him to take full advantage thereof. As if the tonal quality is not astounding enough, the compositions are guaranteed to dumbfound even the most enlightened Schnitzler listeners. Stuctured like a symphony in various movements, utterly abstract atonal passages are followed by solid sequences of rhythm and harmony, as energetic as Cluster, yet equally evocative of 1980s electronic pop music. Once again, his execution bordering on perfection, Schnitzler has pulled off the ultimate balancing trick between pop and so-called serious music. Liner notes by Asmus Tietchens. 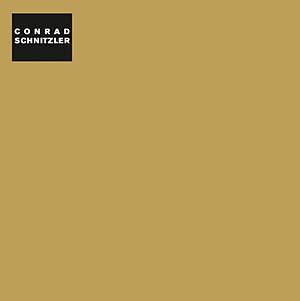