In 1991, Coil released the third of their early classic full-length albums “Love’s Secret Domain”, seemingly casting aside the gloom and funeral beauty of its predecessors in favor of a painstakingly multi-layered hallucinogenic electronic beast, which unlike some of their fellow ex-industrial contemporaries’ releases of the time wasn’t an attempt at easy accessibility or (the-gods-forbid) danceability, but a vibrating psychedelic masterpiece unrivaled in their discography and still a landmark album. 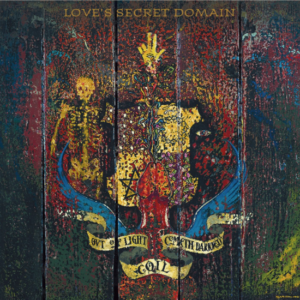