The Copenhagen-based, Scottish-born composer Clarissa Connelly’s music is evocative of the whimsical and almost child-like, tainted by an undercurrent of dark sensuality, disquietude, and existential dread. Characterized by complex arrangements, big compounded chords, as well as a broad array of instruments, effects and sounds, her songs orient the listener towards utopian beauty that lie somewhere between the baroque and the primordial. With an experimental approach to vocal techniques, her voice can manifest benevolent fay-like creatures as easily as banshees and maleficent spirits singing melodies that retain the accessibility typically associated with pop-music. The compositions are lyrically and aesthetically grounded in Celtic folklore and Scandinavian vitalism. The threshold between the mundane and the fantastical are accentuated in her work, in such a way that the pursuit for — and the ability to recognize — real beauty in the world become anchored in the realm of work, everyday anxiety, motivation, human brilliance, and failure. With The Voyager, Connelly sets out to not only to study the relationship between nature and music, but also its relationship with time. The Voyager derives so much of its power by rooting itself in history, mythology, capable of intertwining and unravelling both past and present. Songs such as “Holler” and “The Hills Are Crying” — opening and closing tracks on the album, respectively — conjure images of these ancient Danish sites, offering something more than just a fluid, long-forgotten way, and instead a tangible reverie that can educate, engage and thrill in equal measure. The Voyager is released in conjunction with an app Vandringen, conceived and created by Clarissa Connelly — along with the contributions of 21 other Danish musicians, painters, sculptures, performers — which highlights special ancient Danish locations, not viewable on Google Maps. These locations are presented with local knowledge and a number of them are interpreted for the modern day by the creatives involved. Connelly concludes: “I am very eager to write music that sounds like something that is happening now but has also happened a very long time ago. I have always found it fascinating to view history through changes in the landscapes around us, and therefore I started created this app and wrote this album.” 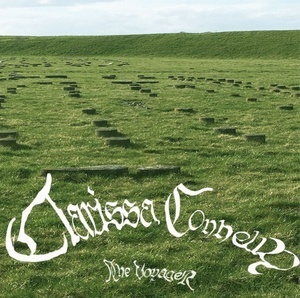 You're viewing: Clarissa Connelly – The Voyager LP $24.00
Add to cart