Clear vinyl reissue of Brainticket’s Psychonaut, originally released in 1972. While the band’s debut album, 1971’s Cottonwoodhill, was a heavily acid-laden affair dominated by droning organ, disturbing vocals, and a collection of cacophonic sound effects (causing it to carry a warning label and be banned in several countries), for their second effort, band-founder Joël Vandroogenbroeck brought in a completely new line-up and changed the band’s sound dramatically. While Psychonaut still takes listeners into the realm of altered consciousness — making heavy use of a droning Hammond, sitar, tablas, etc. — this time the vocals are more melodic and the music itself is more song-oriented. This is by far Brainticket’s most accessible album and perhaps their most timeless. Fully remastered from the original master tapes. 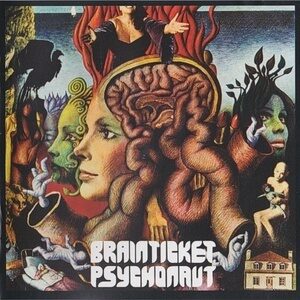