Fantôme Phonographique present a reissue of Pur En Finir Avec Le Jugement De Dieu by Antonin Artaud. Antonin Artaud was a French poet, dramatist, and director and one of the most important figures in 20th century European theater, and especially the avant-garde. His piece “Pour En Finir Avec Le Jugement De Dieu” was recorded in 1947 to be aired on French radio. But the project was shelved not only for its scatological, anti-American, anti-religious content, but also for its avant-garde sound, with screams, cries, grunts, glossolalia, and general cacophony, all of which the radio thought would be too shocking for the listeners of post-WWII France. Now regarded as one of his most brilliant works, the piece is finally available again on vinyl courtesy of Fantôme Phonographique. Features the voice actors Maria Casarès, Roger Blin, and Paule Thévenin. Edition of 500 (hand-numbered). 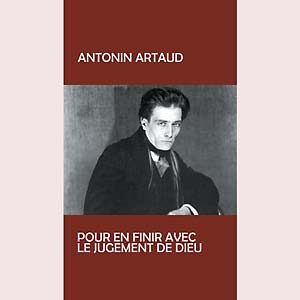