Mannequin Records is really proud to present the 12’’ reissue of No More – Suicide Commando, one of the most influential electro singles that ever reach the underground surface in the past 35 years. Originally released in 1981 as a 7’’ single, and subsequently reprinted in 1984 as a 12’’ Single with a different tracklist on the B-Side, the single was in the following years spreading internationally regardless of genres and scenes.

A1 Suicide Commando
B1 It Feels Like 1925
B2 Danse Macabre 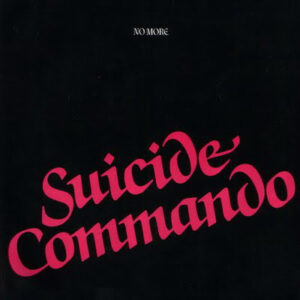