In 1980, Don Slepian self-released a series of cassette albums that built upon and perfected this practice, offering New Music for Digital Orchestra. New Dawn is one of those albums — an enthralling example of New Age euphoria, and early-electronic experimentation. New Music For Digital Orchestra? An ironic subtitle for an album without any traces of digital technology found within. The instruments, tools, and recording techniques are entirely analog. A Korg PS3100, Mellotron voices, Mellotron flutes, analog tape echo and analog recorder were used to create both of the pieces found on New Dawn with both tracks being recorded live with no overdubs. 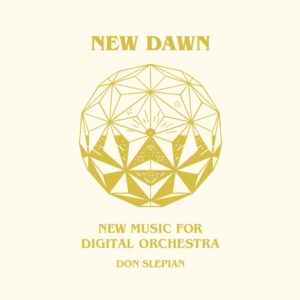