Pirouetting on decadence, meeting eyes with a dizzy sensation, falling and flying at the same time—Lust for Youth have continually held poise through the most vitalizing of times. Their new album, a self-titled collection of eight songs, is sure-footed where they had earlier feared to tread, and light-headed for a new set of reasons. The album is driven by a dance-pop agenda, hustling its way through upbeat peaks that level out into reflective ballads. While still taking clear cues from a crop of austere synth-pop, Lust for Youth sound brighter than they ever have before, taking tips from some of the flirtiest Eurobeat to aid their new direction. 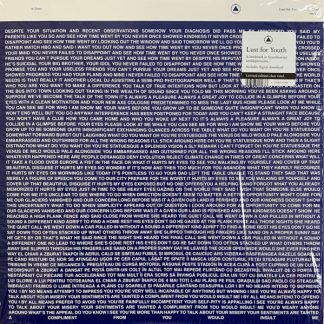