Imagine, if you will, a foreboding homemade electro-acoustic, new age, synth driven, proto-techno, imaginary world music Portastudio soundtrack for a Polish-made animated fantasy based on a Finnish modern folk tale and created for German and Austrian TV, composed in 1982 by two politically driven post-punk theatre performers from a shared house in Leeds! To even the most perspicacious and adventurous of alternative music fans the genuine bloodline of this previously unreleased record already begins to sound like an entire record collection in one sitting. It would be surprising if this project’s ambitious and exotic credentials didn’t tick at least one box on your musical matrix and without one drop of unnecessary nostalgic hyperbole this project already sounds like the perfect fantasy record that you’ve never heard. 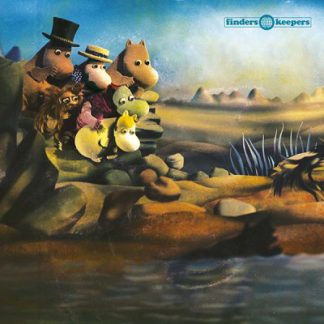