A collaborative meeting between Varg2(TM) and Exploited Body has produced a scalding mess of sweat and suspicion across five headstrong tracks, gesturing towards a new and recombinant vector that’s lurking out there during hiatus. Recorded together in Helsinki, ‘Etsin Turvaa’ yokes the morbid mechanics of Varg2(TM)’s stroboscopic dread to the pyretic catharsis of Exploited Body’s ascendant, club-sourced flares. The closing track, ‘Haunt Me Like the Snakes That Killed You,’ offers the smallest respite following the bedlam of ‘Fuck You Forever (Parting is Certain & Loss Will Come Again).’ The opening pair, ‘Karhu’ and ‘Etsin Turvaa (I Promise this Will Be the Last Time),’ spiral out of control from the elegant core that each track’s rougher elements are pinned to. 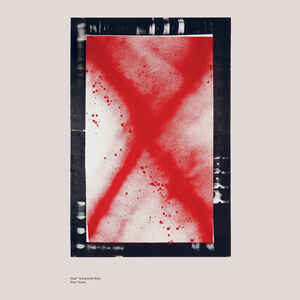