Tom Brock ‎– I Love You More And More LP

Re-issue of a soul masterpiece from 1974. His voice sounding very much like Marvin Gaye at times !

Produced by Barry White and released in 1974, it features the lush hallmark orchestration, heartfelt songs, and funky yet slick playing you’d expect from a White production. Like a dusting of sugar onto the top of the cake, the record also features the stunning arrangements of the great pianist, arranger, composer, and producer Gene Page, whose musical career left an impressive and prolific legacy. 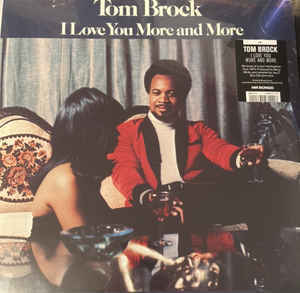