The Chequers – Check Us Out LP

Survival Research present a reissue of The Chequers’ Check It Out, originally released in 1976. British funk/disco band The Chequers began in reggae, formed by bassist John Matthias and his guitarist brother Richard in 1973, with drummer George Young, keyboardist Paul War, and vocalist Jackie Robins. Despite the success of early single “Rudi’s In Love,” the group soon aimed for a broader sound informed by lush disco and Philly soul; thus, debut LP Check It Out had Mike Spear on congas, Andy Dummit on sax and flute, and Ken Freeman on string synth. Tracks like “Theme One” and “Rock On Brother” are heavily orchestrated, and there’s an unusual funk/disco reading of The Wailers’ “Get Up Stand Up” too. 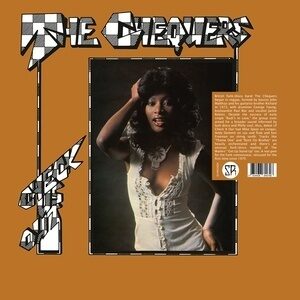