THE BASKETBALL ARTICLE was originally released in 1975 by Bernadette Mayer and Anne Walden. A purely prophetic work in the tradition of social realism, THE BASKETBALL ARTICLE was rejected by publishers for being too technical (Oui Magazine), not technical enough (Village Voice), and fragmented. Some editors considered it “a minor masterpiece,” while others “couldn’t tell what the hell was going on” in it. Eventually an edition of 100 was printed by Angel Hair Books. Original copies are extremely rare and sought-after. 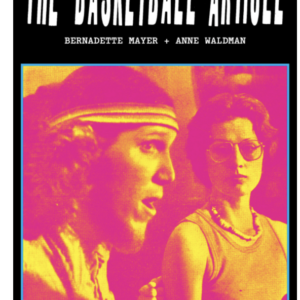 You're viewing: The Basketball Article $18.00
Add to cart