Born and raised in Rochester, NY, to chemist parents who presciently gifted him the middle name Miles (for Miles Davis), a career in music beckoned from an early age with 4-year-old Spencer. lobbying his Jamaican mother and British father for trumpet lessons in tribute to his namesake. Rochester’s rich and underappreciated creative scene nurtured his musical skills, and he won a place on a summer jazz program at the city’s prestigious Eastman School of Music in his teens. A self-taught producer who has always recorded in isolation, he started self-releasing home recordings in 2018, and eventually dropped out of college when his EP Want U Back became a word-of-mouth hit. Now transplanted to the Brooklyn neighborhood of Bed Stuy, Spencer. is a main player in a tight-knit and supportive creative community that also boasts Clairo, Snail Mail, Claud, Advisry, Binki, Cautious Clay and Triathlon amongst its burgeoning talent. Written, recorded and produced by Spencer. during the pandemic, Are U Down’s 11 songs blend R&B, hip-hop, funk, indie, pop, jazz and soul to create a sound that feels both analog and digital, honoring the past whilst staying firmly in the present. Spencer. has integrated neo-soul vocal fireworks, hip-hop flow and pop ambition into an album steeped in all the feels of a New York summer. 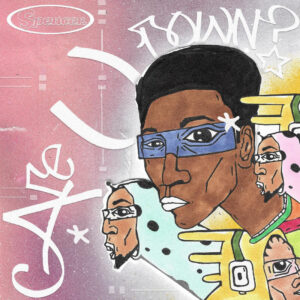