New label Smiling C starts off with a compilation LP of released and unreleased works by the Arabic rapper, Shams Dinn.

For their first ever reissue, Smiling C connects with the Arabic rapper Shams Dinn to release a compilation his best songs, including the hit “Hedi Bled Noum”. The compilation covers his entire career of with songs made between 1985-1990, most of which went unreleased at the time. One of the few Moroccan rappers to ever be recorded on vinyl back in the 80s, Shams Dinn was a pioneer of Arabic flow. Starting his career because he wanted to be a positive light for the Arabic immigrants living in France. He earned his status participating in freestyle competitions, and performing in small clubs around Europe. His career came to a turning point when he was asked by a major label to record a full LP. Unfortunately, the label decided they didn’t want to promote Arabic music (largely because of the Gulf War) – and asked Shams to translate the Arabic to French. Shams Dinn wouldn’t stand for that, and he was dropped from the label. The following years he worked at a school, teaching kids how to rap and express themselves through words.

The reissue comes with newly imagined art, and an inner sleeve with interview and photos. 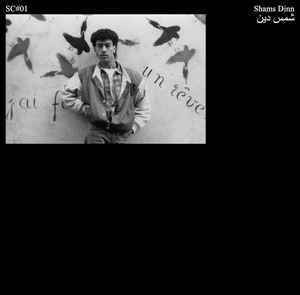