Ancient Lights And The Blackcore is the third record in Utopian Diaries, a thematic series of nine published on Sub Rosa from 1993 to 1998. Originally released on CD in 1995, Ancient Lights And The Blackcore is presented here for the first time on vinyl. Contains only unreleased and exclusive material. It begins with Scorn at his best on “Naked Sun”, with M.J. Harris (Lull, Painkiller) and N.J. Bullen. It’s followed by three tracks by Seefeel (“As If”, “As Track”, and “As Well”), recorded during the sessions of Succour (1995). “Why Are You There?”, the large track by Timothy Leary (voices) and DJ Cheb I Sabbah (production), is a fascinating hallucinatory piece. At the end of the LP are extraordinary recordings of an intoxicated and painful ceremony of the Yanomami, a community of Amazonian shamans, recorded by David Toop in the rainforest of Southern Venezuela in November of 1978. Comes in 380 gram sleeve; Includes insert with text written by David Toop: “Subworld”; Edition of 350. 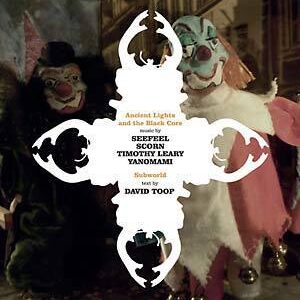