A compilation EP in which four songs have been selected for the label “GREAT TRACKS” and which are compiled into a 12-inch 45-rpm analog record that is renowned for the high-quality sound by record fans.

Total 4 songs are included featuring “STEPPIN’ INTO ASIA”, which a demo tape sent to a radio program was the start for the production in 1985 and 2 songs, “Koudo Kougen” and “Ballet Mecanique” from the album “Mirai-Ha Yaro” released in 1986. In addition, “BEHIND THE MASK”, which was recorded in the studio with band members after the 1987 NEOGEO tour.

Also attached liner notes including Eiichi Yoshimura’s explanation for the 4 songs and “Working with Professor Sakamoto” written by Shigeru Takise (current label producer) who was in charge of recording. Disc cutting at Bernie Grundman Mastering in the U.S. 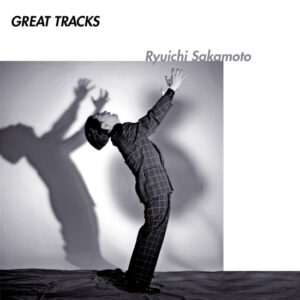