Roberto Musci – The Loa Of Music (The Complete Sessions) 2LP

2021 repress. Soave present the first vinyl reissue of Roberto Musci’s The Loa Of Music, originally released in 1984. The Loa Of Music is the debut recording project of Milanese composer and musician Roberto Musci, inspired by voodoo religion, Vever (the magical voodoo paintings), and Loas, the dark and magic spirits. The deep charm of non-western music led Musci to travel for many years across Africa, India, and Asia, studying rhythms, scales, performance, and interpretation of the most varied traditional and indigenous music. He made many field recordings and collected ethnic instruments that would then be combined with synthesizers and electronics in The Loa Of Music. Recorded in 1983, the project originally had 80 minutes of music, but only half was released on the original LP. For the first time, Soave have pressed the complete recording sessions from the original tapes of this phenomenally ambitious masterpiece that entirely refuses the well-trod path — distilling a remarkable range of sonic reference and reality. A work of field recording, musique concrète, electronics, synthesis, and instrumentation, pulling from countless musics from across the globe, the result is nothing short of brilliant and stunningly beautiful. A near perfect work — an egoless gesture, which rather than attempting to find consensus, offers every voice equity and cohabitation — harnessing the history music, with all of its cultural diversity, as a vision for a more ideal future. Geographies and their sounds intertwine, while Musci’s interventions and instrumentation thread a path. Ambiences ripple, sounds and voices converse in a vision of unity that may only exist within sonic realms. Unquestionably seminal, and one of the most important works to emerge from Italy in the last 50 years. Never before issued on vinyl since its original release, this will surely not to be around for long. 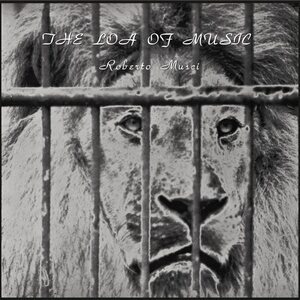 You're viewing: Roberto Musci – The Loa Of Music (The Complete Sessions) 2LP $50.00
Add to cart