Wewantsounds present a first time reissue of Robert Cotter’s ultra-rare 1976 album, Missing You in partnership with Robert Cotter himself. Originally released on the notorious Tiger Lily label, the album was never properly released at the time and most copies were destroyed before they could hit record store shelves. The album, recorded in New York between 1975 and ’76, is also Chic’s earliest recording — or The Big Apple Band as the group was known, which Robert Cotter was fronting at the time alongside fellow musicians Nile Rodgers, Bernard Edwards, Tony Thompson, and Robert Sabino. Robert Cotter had been active since the late ’60s, first in Long Island where he grew up singing in Church and with his high school band, then in New York where he got hired to play in the roadshow of the 1970 Broadway hit Jesus Christ Superstar. When this came to an end, Robert returned to New York where he got introduced to Nile Rodgers and Bernard Edwards. Robert joined and the group played for a few years making a name for themselves in the New York area. In the process Cotter wrote a few songs that he recorded with two different groups between 1975 and ’76: The Big Apple Band on one side and also with musician friends from his previous group on the other side. The album features a wide array of styles, from the funk of the title track and “Disco Blues” to the soulful acoustic feel of “Three Wise Men” and the conga-led mid-tempo groove of “God Bless The Soulfire People”. The two Big Apple Band tracks, “Love Rite” and “Saturday” are not only great, but also give an insight into the origin of the Chic sound. These songs are historically invaluable as the group’s only recordings just before it morphed into Chic (a remake of “Saturday” would actually become a hit for Norma Jean Wright two years later produced by Rodgers/Edwards). The album finishes with the incredible “Come On With It,” a politically-charged diatribe against Nixon featuring a darker psychedelic edge. When the album was pressed, Cotter got a few copies and never really heard back from the label. He moved on with his career — performing and recording for various other labels — and never really looked back on his debut album. Remastered. Includes two-page insert featuring liner notes by Love Injection’s Barbie Bertisch and Paul Raffaele telling the whole story. 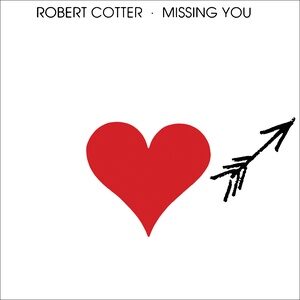