Richard Johnson – Grudge For Life: A Book About Ramleh BOOK

During the past few years, material has been gathered concerning the group Ramleh for a book focusing on their beginning as one of the UK’s leading power electronics mainstays to their becoming a more outward-bound rock group given to blending sprawling psychedelia, noise, post-punk, intense electronic music and far more besides, in addition to occasionally nodding to their earlier sound. Initially founded by Gary Mundy and Bob Strudwick after being inspired by punk, avant-garde, and industrial music, as well as the complete restart accorded by Whitehouse, Ramleh soon tore apart the templates with a sound and vision entirely their own. Mostly sidelined in the decades since, the group, now driven by Gary and Anthony Di Franco, has proven itself to be one of the most versatile and downright headstrong to have arrived from a time when dozens of such groups went almost as fast as they appeared. Like the very best of them, however, they not only kept going despite the odds, but also continued to push themselves artistically and explore new places just when an audience was starting to take notice. The idea of fitting snugly into a particular style was never on the agenda, irrespective of the group’s having created a sound completely their own to work within. With the advent of the digital age, Ramleh deservedly gained a comparatively wider audience and are now often seen critically acclaimed or cited as an inspiration by other groups. Partly for these reasons, a book felt like a natural step to take in order to help pin down one of the more interesting narratives to have arisen from such realms of music, and indeed some of the ideas behind it. Collecting around 356 pages centered on a lengthy and conversational interview with Gary Mundy that looks back at Ramleh’s inception and moves through the group’s work until and including The Great Unlearning album, plus some of the peripheral projects, Grudge For Life: A Book About Ramleh also includes additional interviews and insight from Anthony Di Franco, Stuart Dennison, the late Simon Morris, Teho Teardo, Stephen Meixner, Steve Pittis, William Bennett, Kate MacDonald, Juntaro Yamanouchi, Richard Rupenus, and others. Besides also including a discography including extensive personal notes from Gary and Anthony and some other bonus material, there are pages dedicated to reprinted ephemera and some previously unpublished photos. Richard Johnson, responsible for conducting the interviews and collating the material, has released albums by both Gary and Anthony on his Fourth Dimension Records imprint. He has also produced a book devoted to his Grim Humour fanzine, plus during more recent years has contributed to several magazines. Book B5 hardback. 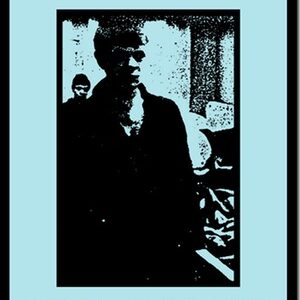 You're viewing: Richard Johnson – Grudge For Life: A Book About Ramleh BOOK $35.00
Add to cart