Impossible-to-find Italian library music oddity from semi-mythical producer and Fabio Frizzi collaborator Giuliano Sorgini, aka Raskovich. Best regarded for his groundbreaking electro-acoustic and concrète sound design input to The Living Dead At The Manchester Morgue (1974) and Zoo Folle (1974), Raskovich is also linked to a wealth of impossible-to-find cult LPs with Alessandro Alessandroni’s Braen (SME 038LP), Giulia Alessandrini’s Kema, and their mysterious supergroup The Pawnshop, all amounting to a catalogue which assures his place in the pantheon of library music greats. Going deep into their under-the-counter channels, Dead-Cert have again outdone themselves with this outing, salvaging Science & Technology from total obscurity to reveal an innovator working at the full extent of his avant imagination in a sort of cybernetic symbiosis with his studio-as-instrument. Keening between sounds as much suited to a blood-lusting horror as a psychedelic, drug-fueled thriller or some esoteric sci-fi, he penetrates and opens up vividly magnetizing realms of abstraction that just beg to be explored by listeners who think they’ve heard it all before. Erring closer to the kind of minimalist negative space and fractured dynamic favored by Belgium’s IPEM, or even pre-echoing the atonality of Maurizio Bianchi, for example, as opposed the fluffier lounge tendencies found on many recent reissues from his field, Science & Technology lives up to its title with impressionistic depictions of industry and plugged-in life evocatively animated under titles such as “Fissione Nucleare” and “Biochemica”, or accurately modelling processes in the mutant, polymetric patterning of “Germinazione”. An album like this is a reminder of the prescient collective and individual genius of the Italian library music scene, especially at a time when the quality levels, in terms of musical intrigue and uniqueness, not just presentation, is being called into question by a swell of inferior, or just plain unnecessary library music relics. As Dead-Cert co-curator Andy Votel explains: “this release is quite unlike the many projects that have recently flooded the reissue market and stands up as one of the truly unobtainable and wholly original records to come from this important era of European studio music by a composer whose reputation is slowly approaching monarchical status.” 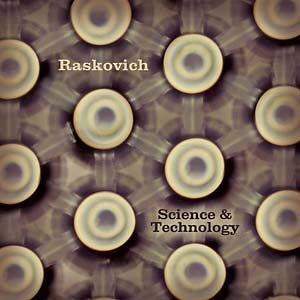