Iconic and much sough after self titled LP by Piry Reis now re-issued as a deluxe 180 grams edition containing an extra bonus track (spaced out Jazz interpretation of No Risco Do Relâmpago). After playing for several years with Egberto Gismonti group and other prominent Brazilian acts, Piry decided to record this album which was originally released in 1980 featuring a special guest appearance by Egberto Gismonti. 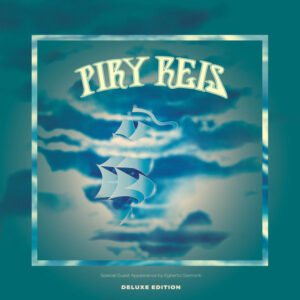