Four years after his acclaimed ‘Cerebral Hemispheres’ album the High Priest of House is back with a new masterpiece – ten tracks of beautifully executed house jewelry and sun-kissed Balearic bliss.

Starting off his heavenly routine is the bittersweet title track, following a path similar to Cerebral Hemispheres’ now classic ‘Full Moon’. Ecstacy-wrapped pads, subdued yet exquisitely detailed percussion and the sort of gently lingering piano theme only Mr. Fingers could come up with. It’s a recipe that’s repeated on ‘Drive’, this time augmented by a New Order-style bassline, giving it an almost trancey vibe.

Heard drops the tempo on the Introduction era-style ‘Touch the Sky’ and the early morning anthem ‘Electrostatic Levitation’ before picking it up again with the jazz-tinged ‘Something’s Going On’ (Think along the lines of ‘On My Way’ and ‘Sands of Aruba’, weighed down here by a more serious message) and the dub house doings of ‘Like The Dawn’.

Fans of Heard’s rawer and heavier house material won’t find what they’re looking for here, with the possible exception of the aptly titled ‘Pressurized’ (an acid-tinged jack track lite), but this will do just fine, thanks. It’s almost summer. (Rogier) ⁣ 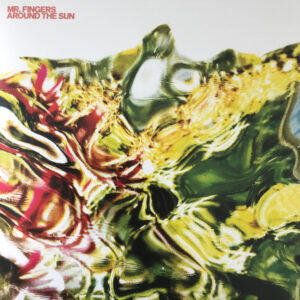