The story of Me & E took shape in Avalon Park in South Chicago, a vibrant, diverse, and politically active community with a rich musical culture. This was the fertile playground for producer Eric Davis (ELV) and lyricist Chuck Prater (Chuk Chu). The park itself was adjacent to Eric’s backyard and they would hop the fence to listen to music, drink beers, and freestyle, even in the middle of the notoriously cold Chicago winters. Eric’s dad, Arlington Davis Jr., was a jazz drummer who played in the legendary spiritual jazz group The Awakening in the ‘70s. Jazz ran deep in their family with proud connections to Miles Davis. Arlington would host weekly jam sessions at his home, and Chuck & Eric were in regular attendance. On those evenings, Eric and his brothers were able to take turns on the sticks alongside the veteran players, honing their fledgling chops. These experiences gave them the confidence to take music seriously, and start a group.

Channeling his drumming skills through an array of synths and drum machines, Eric produced tracks in his bedroom, inspired by artists like The Art Of Noise, Kraftwerk, and New Order. Combining their atmospheric electronic elements with his jazz background, and beat-making skills, he created a distinct sound that still sounds fresh today. Chuck was listening to Hendrix, Joplin, Public Enemy, MC Lyte, and Big Daddy Kane and developed a unique and uplifting lyrical flow. They met up after school almost every day to make music, and quickly produced the four songs that make up their Rap EP.

The music duo never lost touch, and continued to produce throughout the 90’s, forming Rich Boys, another rap group with their crew from Avalon Park. In 1995, Chuk Chu released a solo album, Memoirs of a Blue Light Special, focussing on a more sample based production style. Eric inspired by the house scene in Chicago, produced some ethereal and otherworldly electronic music, which Mixed Signals is compiling for future release. The Rap EP is just an introduction to the ongoing story of Me & E. 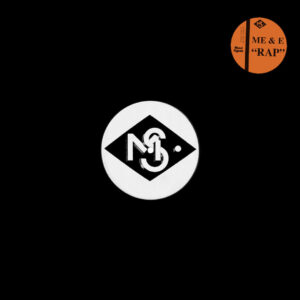