Amsterdam based, Brazilian-born producer and vocalist LYZZA is Big Dada’s latest signing since re-launching as a label run by Black, POC & Minority Ethnic people for Black, POC & Minority Ethnic artists. Making waves in the contemporary electronic scene since the age of 17, LYZZA is a force to be reckoned and has been described by Beatport as “one of electronic music’s most promising young avant-pop producers.” With three EPs under her belt, her fourth project “MOSQUITO” strives to show her range of abilities within sound and interdisciplinary art. The 10 track mixtape draws inspiration from mosquitoes and the psychological associations we have with them. Characteristically, mosquitoes are invasive and take up space, and this is something that LYZZA strives to be as an artist of colour. Previous radio highlights also include a BBC 6 Interview with Tom Ravenscroft, BBC 1 & Radio 1 Dance ADE Mix, a monthly residency at NTS Radio and radioplay on BBC 6, BBC 1, BBC 1Xtra, Reprezent Radio (UK), 3FM (Netherlands) and Triple J (Australia). Feature highlights include Crack Magazine, Pitchfork, Lyrical Lemonade, The Face Magazine titled ‘Adidas: The Superstars of Tomorrow’, Glamcult, Beatportal and a Zweikommasieben Magazin. LYZZA has cemented her presence in the avant-garde music world and her career has taken her across Europe, where she has played high-profile festivals such as Sonar, Melt!, Pukkelpop, Montreux Jazz Festival and Primavera Sound, the last performance resulting in Pitchfork recognising her as one of the “Best of Primavera Sound 2018.” Most recent live performances include a set at Komedia Studio, The Great Escape Festival in Brighton, UK and Zoom Festival in Frankfurt, Germany and more. 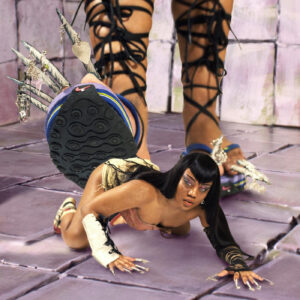