2021 restock. Nexx grime mutant Logos checks the electric blue pulse of UK hardcore music on Imperial Flood, the stunning follow-up to his pivotal underground grime/electronica classic, Cold Mission (LDN 042CD/LP, 2013). Setting a new high-water mark for UK dance-related albums, Imperial Flood stakes a claim for Logos as a key dramaturgist of all things darkside, techy and schooled in the hardcore continuum. Where his debut album highlighted links between ’90s Metalheadz D&B, Wiley’s Devil mixes, and contemporary sci-fi cinema on its deliciously noirish soundstage, with Imperial Flood he expands that aesthetic in widescreen plasma HD. Pulling in broader influences from acid and dub techno, experimental computer music, D&B minimalism and the speculative literature of Jeff VanderMeer, Christopher Priest, Lando, and JG Ballard, the results vividly speak to the idea of a UK sound as a product of its brutalist, paranoid environment. Arriving ten years after his debut 12″, and five after his seminal debut album, Imperial Flood comes after a significant period of creativity for Logos. Over the latter half of this decade he’s been instrumental in new grime movements, co-running London’s acclaimed club night, Boxed, whilst also diversifying his bonds with Mumdance and Shapednoise as part of improvising noise trio The Sprawl and most importantly with Different Circles; a label/club night catalyst responsible for boundary-pushing dances and a number of cult releases from Airhead, Rabit, Szare and Raime, not to mention his own EPs with Mumdance. It’s not difficult to hear how this activity has fed Imperial Flood. From the bullet- time Matrix-style intro of “Arrival (T2 Mix)” through the hair-kissing weightless rave sensation of “Weather System Over Plaistow”, he sucks listeners into a soundworld made all the more visceral and real through his exacting production, morphing from the sentinel-bot growls of “Marsh Lantern” to lush viscous/arid acid ambience in “Flash Forward (Ambi Mix)”, and Dynamo-style dub on “Lighthouse Dub”, before tagging in Mumdance on “Zoned In”, and freezing the dance with commanding force on “Stentorian”. Ultimately there’s no shortage of imitators for this style, but Logos’ combination of dedication to his craft and unique grasp of narrative places Imperial Flood in a rare echelon of UK music shared only by the likes of Burial and Raime. Cut at Dubplates & Mastering, Berlin. RIYL: Burial, Raime, Stingray, T++, Rabit, Mumdance. 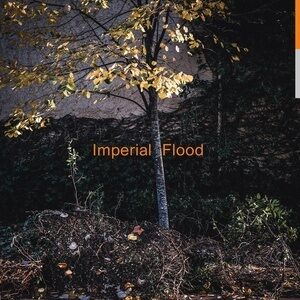