Limited edition of 500. Multi-talented autodidact musician and devoted painter Leon Lowman became interested in synthesizers when he heard ELP’s “Lucky Man” in 1970. At that time Lowman was working for various recording studios and sound companies in California and with his first paycheck he made a down-payment on an ARP 2600-Synthesizer (as well as a Mediamix Joystick for pitch bending), which he still uses at the time of this release. From that point on he used whatever money he could spare to acquire music gear with which to develop and reflect his unique melodic wanderings and his beautiful, mellow, cosmic, classic club-lounge, almost easy listening and lo-fi surf synth music. Lowman wrote much of his music based on life experiences, trying to musically convey particular events, experiences, or feelings through both the music and the added natural sounds he had incorporated, such as waves, wind, or bird calls. Between 1980 and 1987 he released several tapes and a highly sought-after LP called Syntheseas. Many of his works are highly influential and ahead of their time. One can hear his ideas and sounds in later commercially successful recordings such as AIR’s Moon Safari (1997). This is a must-have for fans of cosmic chilling club-lounge styles in vein of Sun Palace and Alex Cima. This double LP focuses on Lowman’s self-released tapes Waves of Perfect Timbre (1982) and Passage to China Bay (1987), as well as bonus tracks from the period, including a track from Water Dreams (1985). 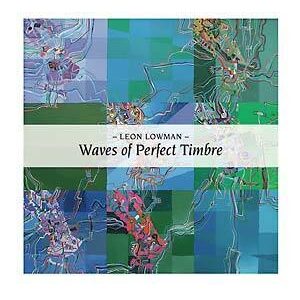