“Following a strong, sorely slept-on debut album last year and a bunch of audio-visual collaborations with Klein and Lol K, LA Timpa returns with a standout second album of gauzy, avant-soul and dream-pop that comes highly recommended if you’re into Prince’s ‘I Wonder U’ or similarly blunted bloooz from A.R. Kane, Klein, Panda Bear, Smog, Yves Tumor, Micachu and even Smog. After marking himself one-to-watch with ‘Equal Amounts Afraid’ for the O___o? label, run by underground LDN catalyst Koyejo Oloko, LA Timpa leads on from the diaristic vignettes of that amazing Wayne Phoenix album, issued earlier this year on Halcyon Veil, with a vulnerable, gauzy expression of outsider soul in ‘Modern Antics in a Deserted Place’. The “place” of his title could be practically anywhere during lockdown, and his music’s mix of textured collage, warped ambient, and hunkered songcraft surely fits the mood of frayed and brooding minds in gutted cities with a timely and timeless bedroom pop appeal. The album’s nine songs unfurl in effortlessly beguiling shapes, poetically eliding cut-up rhythms and plaintive chants on ‘Quarterback’, while ‘Deaf in Three Corners’ mints an iridescent mix of pop and keening electronics a la Panda Bear that leans into the dream-pop propulsion of album centrepiece ‘Pomisea’, and the lush simulacra of street noise psychedelia and distress in ‘Common’. Timpa’s asymmetric flux then settles down on the B-side with a heart stroked slice of close-mic’d songcraft from the Smog handbook in ‘Wicked’, and slopes off into the oneiric reversed loops and opiated murmur of ‘Best Friend’, and ’Spin’ touches on Lou Reed levels of dirgy drawl sprinkled with ambient fairydust that appears to curdle in the sore harmonic waste of his ‘Tongue Tear Drum’ kiss-off.” 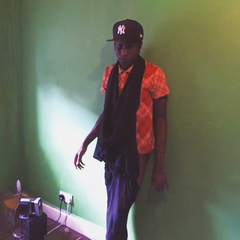