2022 re-issue, 140g vinyl, mastered for vinyl with audio from the original tapes

As cult as it gets when it comes to library music, the Klaus Weiss sound was built on top of sometimes funky, sometimes frenetic, but always hard-hitting drums. AND YET! Open Space Motion departs from his drum-heavy approach by being completely…BEATLESS! That’s right, the virtuoso beat smith, Mr “drumcrazy of Deutschland”, a man known for snapping necks at will, crafted one of the most horizontally sumptuous, elegantly sweeping electronic masterpieces, sans-drums, a good decade before chill-out rooms became a thing. It features organic instruments married to pulsing synth bass atop brilliantly subdued yet irresistibly funky percussion. Possessing a very special vibe, that’s at once futuristic yet cinematic, it overflows with atmosphere.

The highlights – unsurprisingly – are many. The very first track – the unstoppable “Wide Open Space Motion” – is a sinister, string-fried electro bomb that rides an unrelenting bass loop. “Incessant Efforts” is more reflective, with pastoral yet probing flutes atop strutting synth chords and head-nod percussion that really swings. The heavenly, uber-kosmiche “Pink Sails” hovers over swirling neon-synthy-strings and yet more unobtrusive percussion. The beautiful “Transiency” is a dramatic piano-led underscore, its creeping unease created by patient strings, unhurried percussion and some wonderfully strident keys. “Driving Sequences” is perhaps the key tune here, and if the Detroit crew weren’t listening to this staggering piece then, well, imagine if they *were*.

The bubbling rhythms of “Southern Mentality”, at first ominous, give way to a more optimistic vibe as the movement progresses. The lush, gorgeous “Bows” is deep-sea slow-motion magic whilst the bright-eyed “Outset” feels as fresh as the dawn, and no less beautiful. How these tracks haven’t been gobbled up by sample-driven producers is beyond us. Equally calming is the sweeping majesty of “Constellation”, again conjuring images of being at one with and fully beguiled by the wonders of nature, of space, of underwater worlds. “Changing Directions” is another fidgety, propulsive non-Detroit beatless bomb. 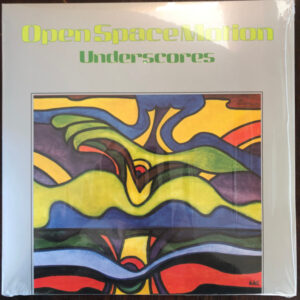