Kamixlo has experienced a lot of loss in the last two-and-a-half years. His long-awaited debut LP, Cicatriz, is named after the Spanish word for “scar”, taking its intense and energetic tone from the tough times in the Brixton-based producer’s life. An extremely personal album that follows 11 songs with titles like “Sick”, “Poison” and “Destruction”, it pitches soft and hard sonics against each other to create an urgent and exciting tension as the track listing hurtles through its own emotional rollercoaster. It runs from the lurching drone and monstrously distorted vocal samples of opener “The Coldest Hello (Live From The Russian Spiral)” to the bright and melodic kosmiche-reggaeton closer of “Azucar” (‘sugar’), produced with Swedish cloud rap producer Woesum.Only just past his mid-20s, Kamixlo has been making a name for himself with his dembow and bass-influenced dance deconstructions, releasing three EPs since 2015, as well as running the recently defunct Bala Club party and label, named after Japanese pro wrestling group Bullet Club. The night was an inclusive operation that established its own unique style of cross-genre post club music for the margins, while allowing Kamixlo the space to develop his sound—one that was imbued with its own pop immediacy, as well as smatterings of emo, electro and hardcore.British-Chilean Kamixlo’s Cicatriz is rife with surprising references. These include the thumping industrial of “The Burning Hammer Bop” – taking its title from one of the most dangerous professional wrestling moves ever invented – and the growling sub bass of “DKD Lethal” – named after DJ Lethal of famous nu metal band Limp Bizkit. Meanwhile, long-time collaborator, producer and Endless party founder Felix Lee appears on the scrambled rhythm and cut-up sampling of “Demonic Y”. As the saying goes, there’s no pleasure without pain, no resurrection without destruction, and Cicatriz is all these things at once.The album is mastered by Beau Thomas, featuring artwork by Daniel Swan. 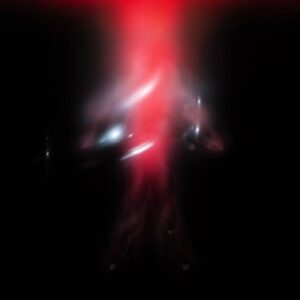