Listeners familiar with Kaitlyn Aurelia Smith’s previous album Euclid (an album that prompted Dazed to call her “…one of the most pioneering musicians in the world.”) will no doubt notice her heavier use of vocals on her new album EARS. On all but one song, her gently ecstatic swells of vocals emerge to soar over a dense jungle of synths and woodwinds.After initially composing on a Buchla analog synth, she wrote arrangements for a woodwind quintet, added vocals, and further refined the pieces with granular synthesis techniques she developed in her sound design work (she contributed sound design to Panda Bear’s “Boys Latin” video, and handled sound design and original compositions for Brasilia co-written by and starring Reggie Watts). Kinetic arpeggios of synths pulse, often buoying her graceful vocal mantras, while woodwinds breathe and flutter, emulating the wildlife Smith observed while growing up on the West Coast (she even studied recordings of slowed down bird calls prior to composing these pieces). Though some of her gestures echo the musical tropes used by early minimalist composers, the world she creates on EARS is uniquely hypnotic and full of life, not unlike Miyzaki’s film Nausicaä, which she cites as an inspiration. 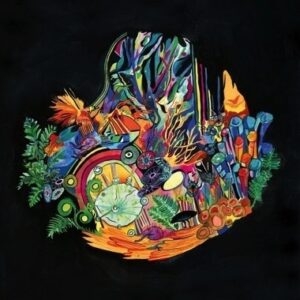