Three Demos is a very unique release, featuring the very first demo recordings for songs from Julee Cruise’s initial LP with David Lynch and Angelo Badalamenti, Floating Into the Night.These early versions are fascinating glimpses into the genesis of what became Floating Into the Night and the minimal key ingredients that made the material alchemize. An early version of the album opener “Floating” originally began with a stunning spoken-word intro later dropped entirely from the album version. A revelation in their overarching simplicity, the three-song collection is devoid of the LP’s additional arrangement flourishes, and yet still manages to present the same emotional depth charge with only voice, synthesizer and lyric. 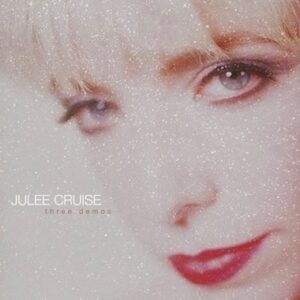