If you’ve never come across Van den Broeke before, “Lost and Latest” is a great starting point. A career retrospective that contains six unreleased tracks, it shines a spotlight on his various musical projects: The Misz, Absent Music, Canto De Mundo and June11. And while some of his material has been reissued in recent years – STROOM issued a compilation in 2017 and Minimal Wave collected The Misz material on 2019’s “The Lonely Crowd” – Van den Broek is still mostly under-appreciated.

‘Lost and Latest’ shows his versatility as he flits between synth pop, eerie soundtrack music, eccentric oddities and icy new wave. Vocals are recorded in French, English and Spanish, and while the productions are mostly synthesized, they don’t seem to follow any particular rules or other. Van den Broek’s newer material almost sounds like Bill Callahan jamming with The Notwist, or Light in the Attic’s enigmatic Lewis. There’s an otherworldly weirdness to his music, and we can’t help but fall under his spell. 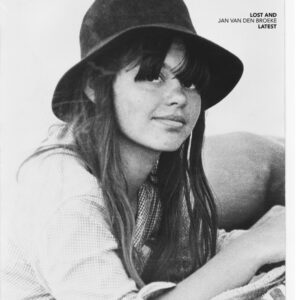