Victory present a reissue of Haruomi Hosono, Takahiko Ishikawa, and Masataka Matsutoya’s The Aegean Sea originally released in 1979. The album is somewhat of a companion piece to the previous year’s Pacific (V 25AH426). A beautiful piece of Japanese smooth fusion-jazz with elements of traditional Greek music and Balearic grooves, it’s one of Hosono’s cleanest and most focused works to date. Long sought-after by collectors, this record is nearly impossible to find in original pressings outside of Japan and this is a welcome reissue of one of the greatest titles in Hosono’s seemingly infinite catalog. Essential Japanese jazz fusion. 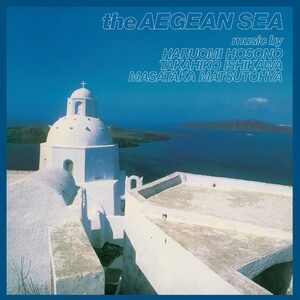