“Flaming Tunes was recorded by Gareth Williams (ex of This Heat) and his childhood friend Mary Currie and released on cassette in 1985. A hodgepodge of lo-fi pop songs, experiments and location recordings that sound like they were never intended for public consumption, it’s by chance or design one of the most moving, personal, memorable DIY/experimental pop albums of the 20th century, you better believe it. As Mary Currie describes it: “Flaming Tunes was a collaboration that came out of a friendship. Gareth and I would meet at ‘Danger de Mort’ Gareth’s house in Balham usually during the daytime when my son was at nursery. Sometimes we’d be joined by others. A room full of instruments and things that could make noise. We made some of our own too and used available objects for percussion. Later on we had more sophisticated equipment – full size keyboard and 12 track recording facility. Sometimes things happened and sometimes we just indulged ourselves in making a bit of a racket. I can’t begin to describe how Gareth put things together and this was often done well into the early hours of the morning. I’d go away and come back and what had started out as a fragment had become another flaming tune.” After a bootlegged version came out in the late 90’s, Life & Living Records – an independent label operated by Williams’ close circle of friends (Williams himself passed away in 2001 at the age of 48) – went back to the original master tapes and painstakingly restored and remastered the audio. As for the music itself – oh gosh, where to start? On one level – it’s a hodgepodge of lo-fi pop songs, experiments and location recordings that sound like they were never intended for public consumption. And yet – these tunes just don’t let go of you once you’ve spent any amount of time with them. Take “Breast Stroke” for instance – just the most unforgettable, life-affirming three and a half minutes you’ll ever spend with a piece of music. The fact that the percussion was made on a casio keyboard and what sounds like a peculiarly British variant of a human beatbox, well, it’s just the icing on the cake. Really, words just do no justice.” 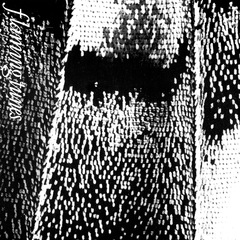