dvr is Dillon van Rensburg, a seventeen year old songwriter and producer from North Berwick, Scotland. With his self-released music (the “tape_01” EP and “thru the city” single) racking up streams in the millions over the last twelve months, dvr counts Kenny Beats (who discovered dvr via fan enthusiasm on his Discord channel), Snoop Dog and Joy Orbison among his growing fanbase). With influences ranging from Tyler, The Creator, Frank Ocean and Kaytranada to Jimmy Hendrix and the Foo Fighters, it’s the unfiltered sound of an exceptional new talent beginning his ascent. 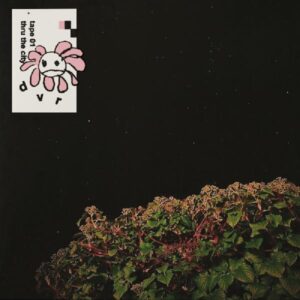